Snapper Bonanza 2022 Contest has been postponed to 21st - 25th March 2023
For those of you that want to keep their ticket for 21st - 25th March 2023 please do so, just hold onto it you have to do nothing.
For those of you that require a refund, please fill out the refund form by clicking here
PLEASE NOTE: WE WILL BE SELLING YOUR TICKET on to the existing waiting list. 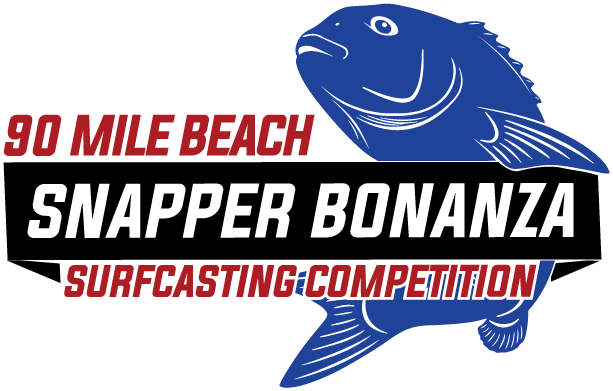 A must do for the surfcasting enthusiast or the social angler.

Limited to the first 1000 tickets sold.

The Ngai Takoto 90 Mile Beach Snapper Bonanza is arguably the biggest Snapper Surf Casting Competition in the world, a one species fishing competition which runs for 5 days in March on the famous Te Oneroa-a-Tōhē (90 Mile Beach), Northland New Zealand. The cash prize pool exceeds $72,000.00, of course the biggest cash offering goes to the largest snapper of the week a whopping $30,000.00. However don’t think it’s all about size as $10,000.00 is up for grabs for the angler that catches a snapper closest to the average weight of all the fish caught in the competition. The event will still cater for the unlucky angler that doesn’t catch a fish as the lucky draw spot prizes exceed $100,000.00 which includes a $50,000.00 4x4 Ute (RRP). 2018 and 2019 were sell-out’s which attracted 1000 anglers, it is estimated that at each prize giving there is a total crowd attendance of between 1500 and 3000 people enjoying the entertainment. 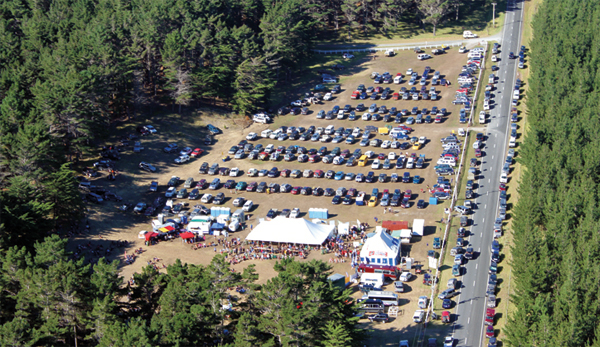 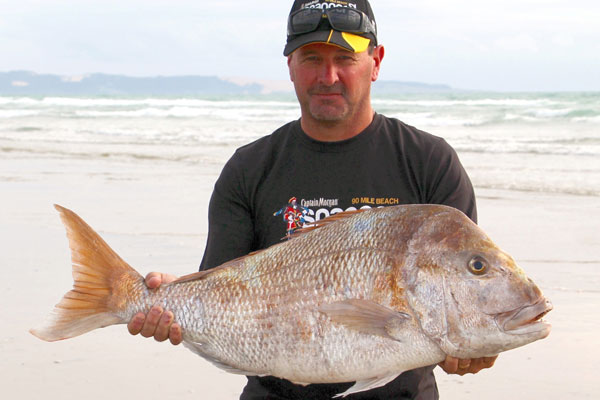 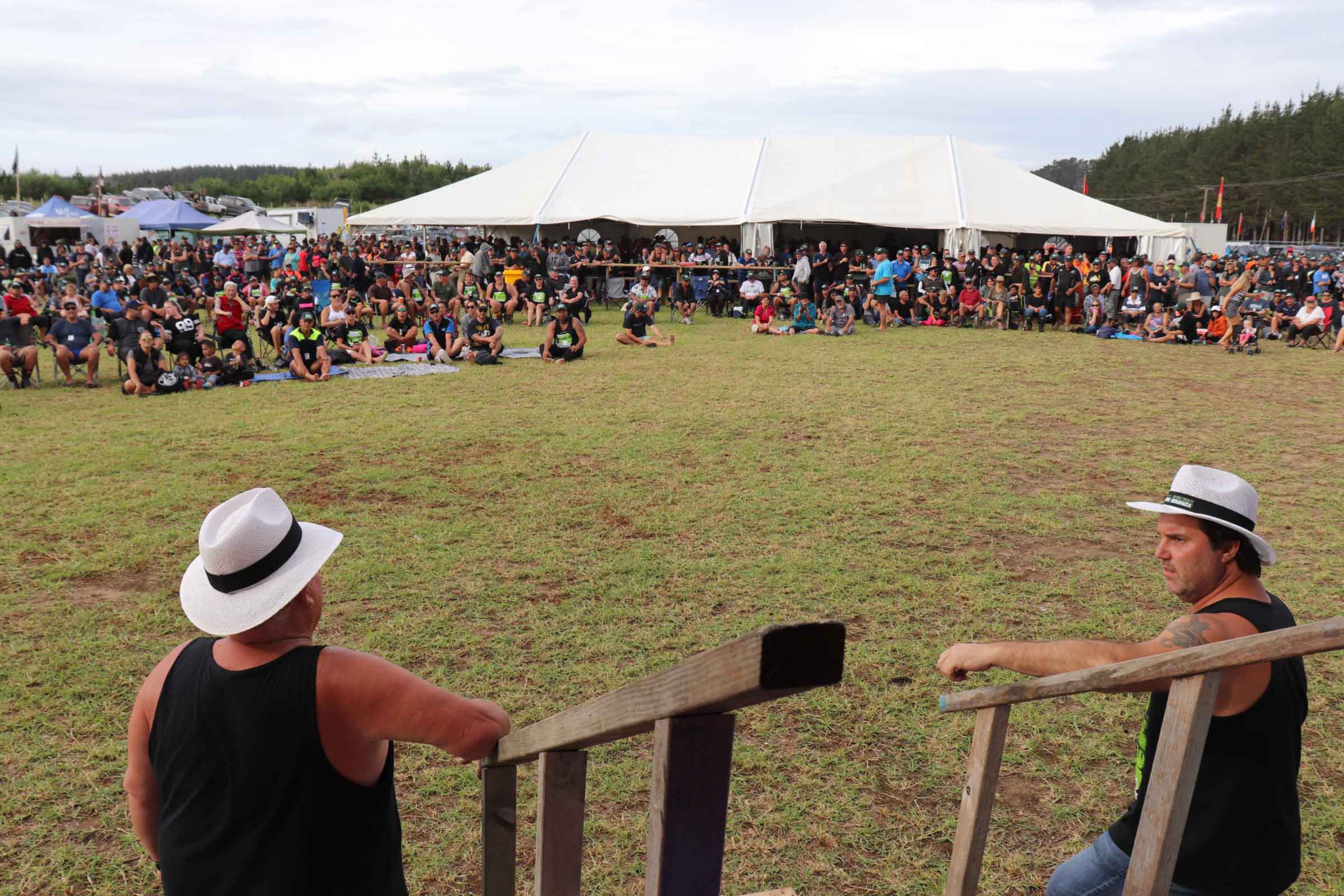 All poised to give more prizes away, your organisers Dave and John.

A brief history leading up to the creation of the Snapper Bonanza.

In 1982 the Brijevich family started the competition then called the Snapper Classic they were the owners of The Park -a camping ground just down the road from the current prize giving site. The competition evolved over the next 27 years into a community project that benefited the many local businesses supplying services, supplies, equipment etc. to the many contestants and their entourages. The local economy received a much needed boost and everyone was happy. In 2006 the competition was sold, the new owners ran it in much the same way as the previous owner, but ran into financial difficulties after the 2009 event. So in 2010 the competition was cancelled. However the 90 Mile Beach Surf Casting Club ran an event for those hardy souls who came North anyway. In 2011 the 90 Mile Beach Snapper Bonanza was born, with local businessmen John Stewart and Dave Collard combining their talents to facilitate this Far North iconic event. The bonanza brand has developed into a very strong marketable label and we hope it’s here to stay however without the support of our sponsors the event is not viable, as organisers we urge our anglers and supporters to climb on board and trade with our sponsors as much as possible. Tight Lines John & Dave

Some Of The Prizes Up For Grabs 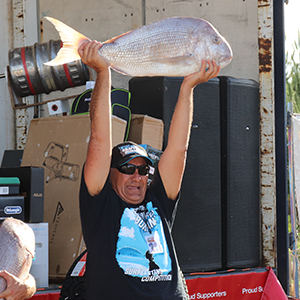 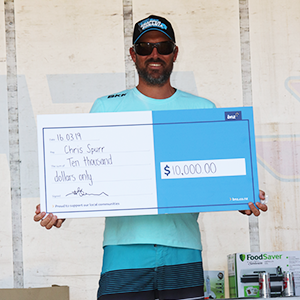 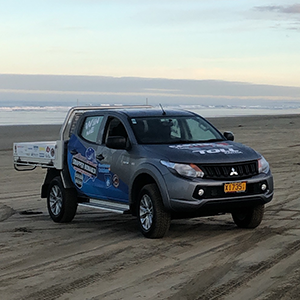 Tonight we celebrate our Treen, our Bonanza Bar Queeeeeen! Happy 50th birthday our gorgeous friend 🎉🍻 thank you for all that you do. ... See MoreSee Less

Happy Birthday Treen from us in Perth miss yous.

Happy Belated Birthday Myself 💝 Hope you had a great weekend 🍺💝🍺

Happy birthday Cuzzie..see you at the bar in 23..All the Rameka Whanau and Bolo..🎉🎂🎊👍

Happy Birthday T,love from Auckland. See ya in the beer tent 2023 xx

Love to see people repping the Bonanza singlets. Mean fish mate! You must be stoked 💪🏼Congratulations to Shaye Knight, he has weighed in a massive sword of 337.6kgs fishing on the boat JD. Well done Shaye, skipper Mike Wilson and crew. We have another sword coming in at 10.30pm from our junior angler Rhianna Allen. Updates to come. ... See MoreSee Less

I would aswell if I had a chance to enter.

Hopefully theres still a list for those waiting for tickets 🤦‍♀️😫

This comp has never sold out.

Is there any tickets left want 2

We have a few shirts and singlets + the 2022-2023 calendars still available. you can view them in the photos I just put up of the Mini Bonza.

We just did a short run of the shirts/Singlets so we had some for the Mini Bonza, so its while stocks last. We will have loads more at the Snapper Bonanza 2023

If you have pre-ordered you wont be able to collect these until we run the comp in 2023.

Hi Team If they’re available could I please order a 2XL in both the shirt and singlet and if there are any stubby holders and caps as well??? Cheers

Are you running another mini bonanza? Missed the last one got on at 6.04pm and the sold out was already up. Have registered the next if there is one cheers.

5xl in shirt an singlet, and a shirt an singlet in m, help an patients is needed i smashed my phone an am working from a dino saur putter. So please point me in right directions of holes Haaaahahaha Thanks

Can I get bank details please pmd my order 😊

Sooo much fun, yep girls can do anything aye Dave? Loved the AM starts finish early, beer o'clock 🍺. Thank you team 👍

SWEET BABY JESUS what a great comp . Thankyou so much Snapper Bonanza team and all the supporting sponsors. What a great result for the volunteer fire brigade from the fish auction absolutely love this. Can't wait for 2023 90 MILE SNAPPER BONANZA ITS ONNNNNNNNNNNNN! 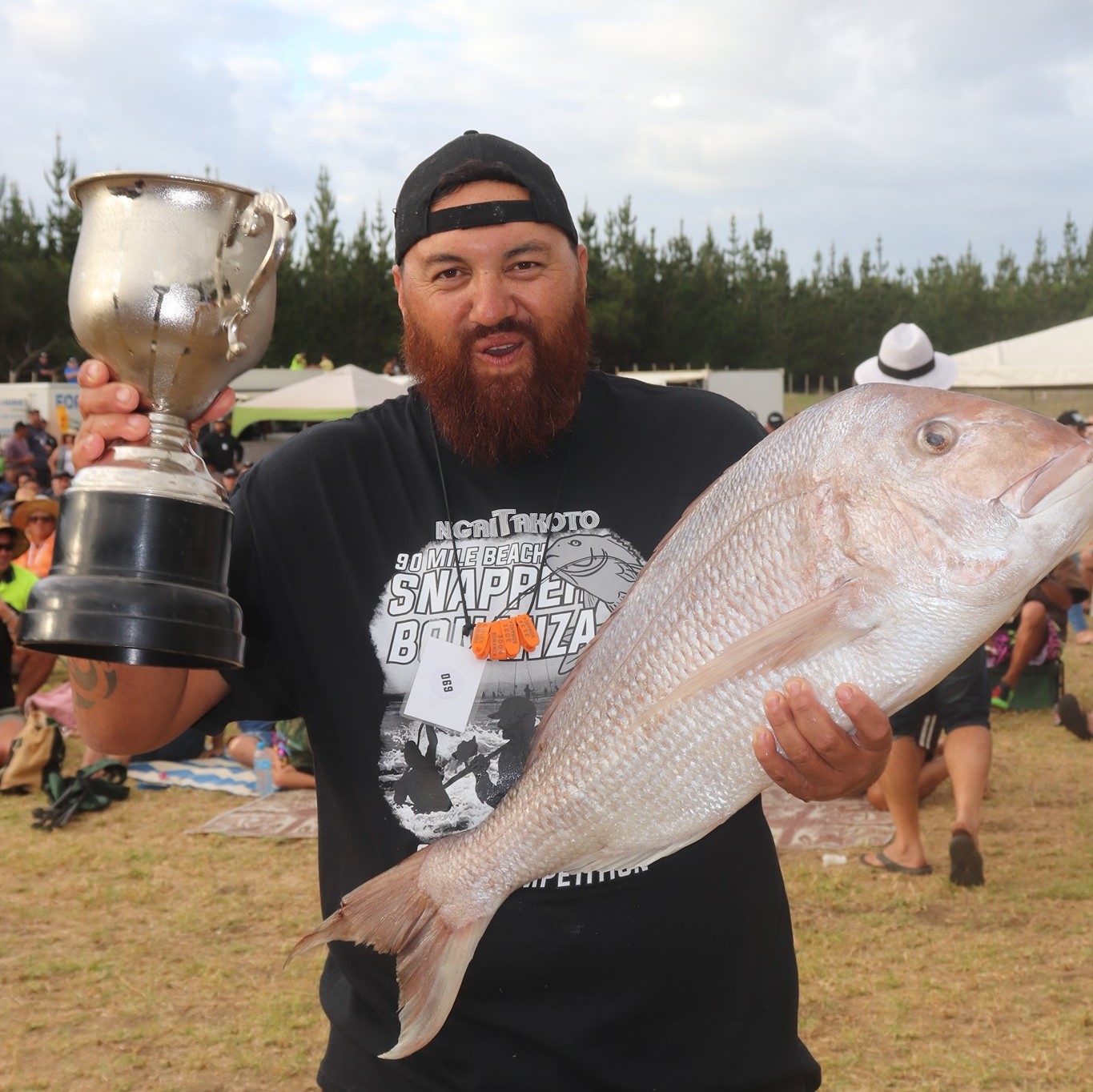 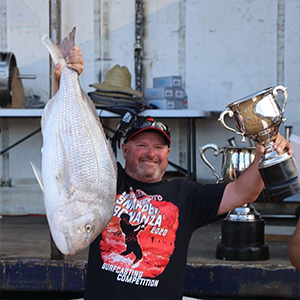 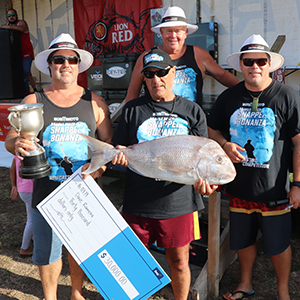 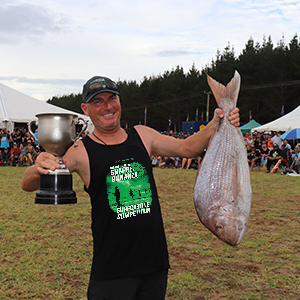 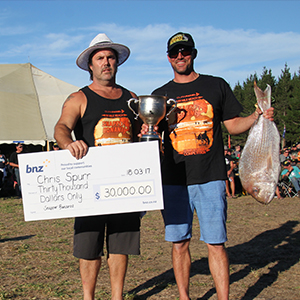 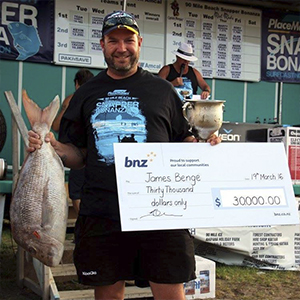 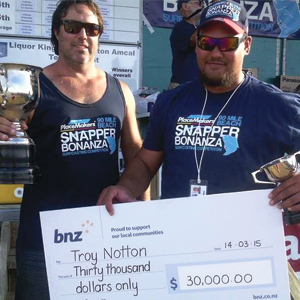 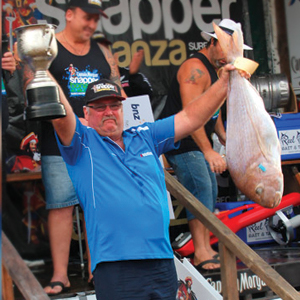 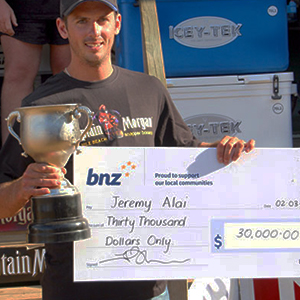 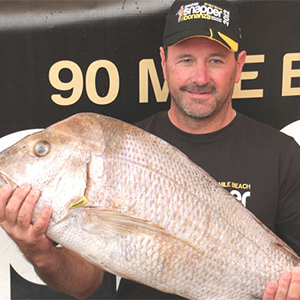 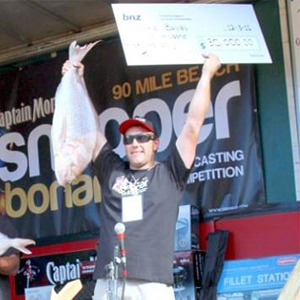 Without them this event would not happen 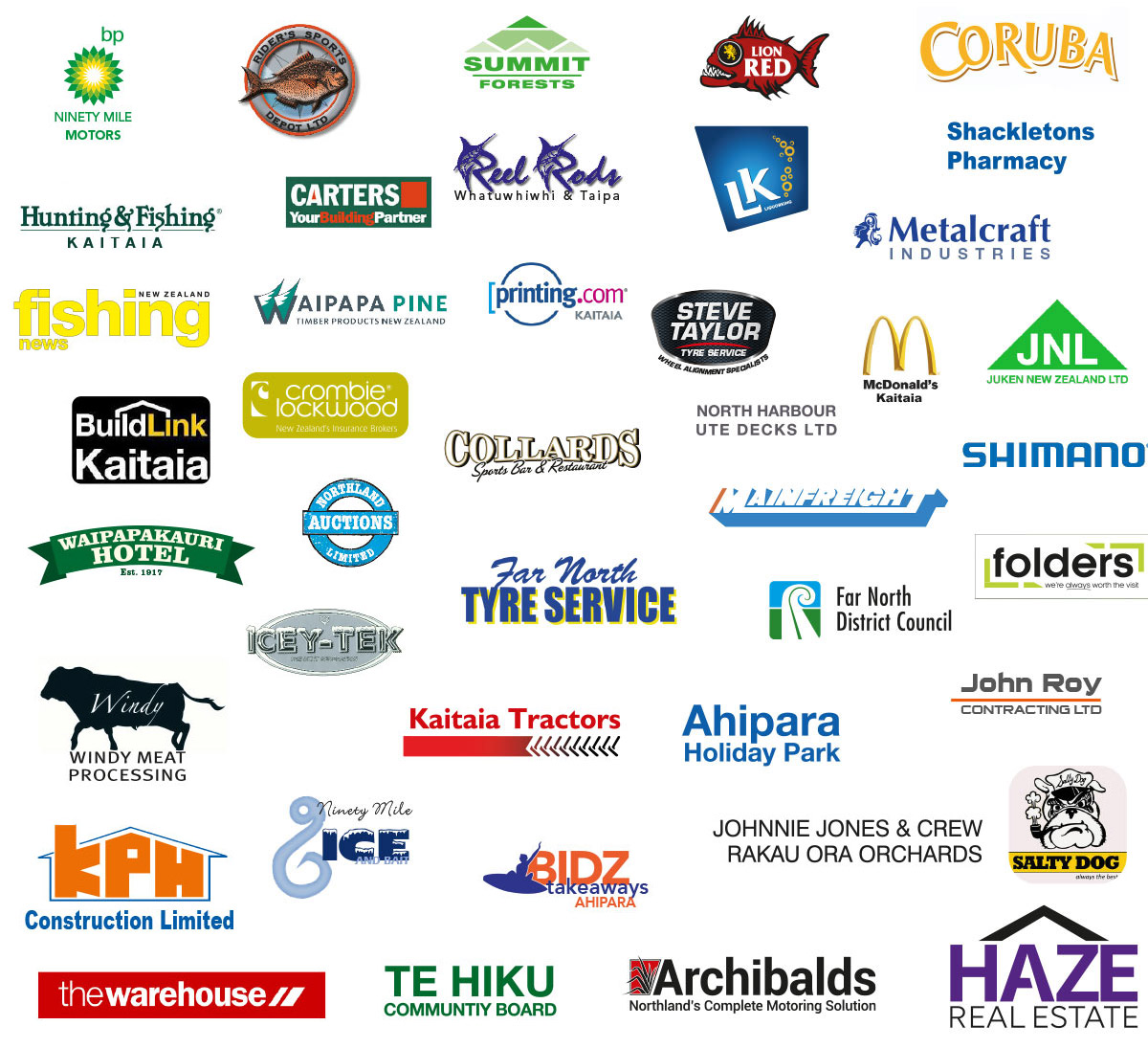